How Celebrities' Wives Got Rich Men

Have you wondered how those celebrities' wives got rich men in the first place? If you are an ambitious woman looking for a millionaire, you are reading the right article! 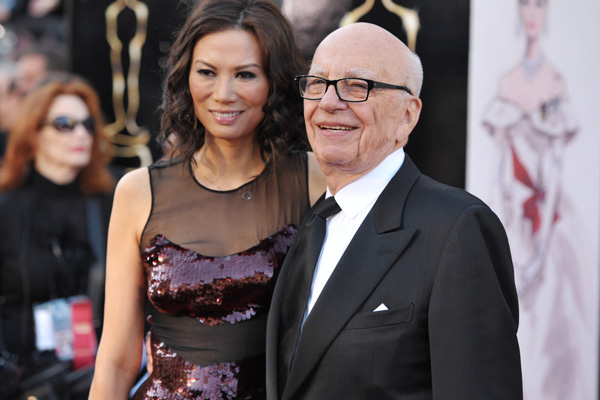 Wendi Deng Murdoch is the world's most famous woman when it comes to meeting wealthy singles! You can clearly see that she is not really a hot woman, but you can also clearly see that she is able to get very rich men. When Wendi went to the United States a few decades ago because of Jake and Joyce Cherry's sponsorship, she had an affair with Jake Cherry so that Jake's wife left him. And then Jake married Wendi, so that's how Wendi got her green card.

Soon after that, Wendi met someone who works for Rupert Murdoch closely when she was flying from the United States to Hong Kong. She met that guy in the first-class cabin of the flight. In other words, in order to meet rich men, Wendi would fly first class! After chatting with Wendi, that gentleman introduced Wendi to Rupert Murdoch's company in Hong Kong. And that's how Wendi started her career near Rupert Murdoch.

When Rupert Murdoch was in Hong Kong, Wendi would go to his office to have discussions with him about work, and her opinions always impressed Rupert. One night, at a party held by the company, Wendi “accidentally” split some red wine on Rupert's shirt. Because Wendi looked so innocent, Rupert noticed her and fell in love with her, and eventually married her.

Although their marriage didn't last forever, Wendi was never scared, because she has mastered the skills of meeting rich men and dating them. Therefore, some newspapers even claim that she has dated former Prime Minister of the United Kingdom (Tony Blair) as well as Russian President Vladimir Putin.

What we can learn from Wendi Deng Murdoch:

Priscilla Chan is Mark Zuckerberg's wife. Mark Zuckerberg is the co-founder and CEO of Facebook. You may wonder how Priscilla met Mark, right? Well, she went to Harvard University and met Mark there! It's pretty simple and straightforward.

What we can learn from Priscilla Chan: