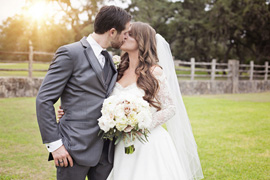 Many, many women, young or old, dream of finding a rich man to date and maybe marry.

Yet there are two distinct types of relationships which can be identified when rich men and the women who seek them are involved - and both relationship types can have quite different characteristics and be driven by different motivations.

When a man is already rich through the success of his business ventures or inherited wealth and has reached, let's say, his late 30's or early 40s and not married, he will be a certain type of rich man. Similarly, the rich man who has reached his 50s and is possibly divorced or separated falls into this same category.

Well, typically, such rich men will be looking for a younger, very attractive woman; someone to show-off when they are out and about together; someone with whom the age-gap may be fairly wide and with whom the rich man may enjoy a sugar baby type relationship. Whilst many women aspire to find such a rich man, these men can be very demanding, often putting their businesses ahead of love or a steady relationship.

The rich man knows he can have the pick of most women he meets, as they are entranced by his wealth and status! He also knows that if the woman does not meet his requirements he can easily change her for someone else: the big danger, therefore, for such younger women being that these types of relationships may only be relatively short term.

Not to mention the competition they may have to fight off from other beauties seeking to capture their rich man!

On the other hand we have the woman who dated and married a man without a lot of money who, subsequently, either through his own or their joint efforts, became a rich man. This couple has been though the bad times and good times together; have probably endured failures and enjoyed successes. The woman may no longer be young, yet she can still be attractive, can dress well and present in style.

She and her rich man will often have a stronger relationship as they have achieved things together, and may have similar interests especially if their success is a dual effort. In addition, they will probably be closer in ages than the rich man and his sugar baby type younger woman mentioned above.

But is it all plain sailing for this couple who became rich together?

No… as one of the big challenges to the woman is the attention that her rich man will receive from younger women seeking to find their own rich man. In today's society, if the younger woman takes away someone's husband or partner when in search of her own rich man, so be it - it's a tough world out there!

Of course, everyone and every relationship is different and it's not possible to categorically say that dating and/or marrying an already rich man is better than being with a man who becomes rich.

The key point is that rich men need to choose if they looking for love, support and commitment from his woman..., or a shortish term relationship with a young beauty who may have one eye on his money as well as one on him...!